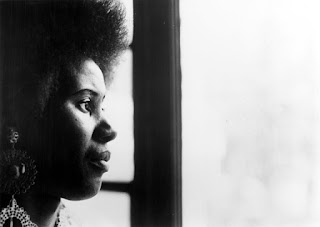 Surya Botofasina, 39, a keyboardist who lives in Brooklyn, has fond memories of growing up at the Shanti Anantam Ashram in Agoura, Calif., which was established in 1983 by Alice Coltrane, the jazz pianist, harpist and widow of the saxophone immortal John Coltrane.

Mr. Botofasina’s favorite times were Sundays at 1 p.m., when 40 to 50 participants would crowd into the ashram’s temple and sit on pillows on the floor, with men on the left side of the room, women on the right and elders on chairs against the wall. Students wore white, while on the stage Ms. Coltrane — known to her students as Swamini Turiyasangitananda — wore orange robes so “incredibly bright,” Mr. Botofasina said, “that I felt like I had to hide from it, bright like the sun.”

After a spiritual discourse, Ms. Coltrane would begin to play a massive Hammond organ, cuing the singing of transcendental hymns called bhajans.

This week, 10 years after Ms. Coltrane’s death in 2007 at age 69, Luaka Bop will release the sounds of the ashram on “World Spirituality Classics 1: The Ecstatic Music of Alice Coltrane Turiyasangitananda,” a compilation culled from four cassettes she recorded between 1982 and 1995. Only available at the ashram, and now out of print, the cassettes have long been sought by collectors, selling for as much as $450 apiece on the internet. The collection illuminates a missing phase in Ms. Coltrane’s remarkable musical journey from bebop to free jazz to New Age.

“On most of the records we work on, the music isn’t as revered as this is already,” said Yale Evelev, Luaka Bop’s president. “This has a certain amount of other weight that comes with it. It’s sacred music.”

The newly remastered recordings feature Ms. Coltrane singing for the first time on record, leading a large choir through Eastern-influenced devotional music, with lyrics chanted in Sanskrit but shaped by the African-American church tradition. “That touch of gospel feeling in there never existed with the Hare Krishnas, I can promise you that,” said Baker Bigsby, a Los Angeles audio engineer who worked with Ms. Coltrane for over 30 years. “It’s a little bit of Detroit inserted into this Indian music.”

The bhajans would begin with a call-and-response chant of the names of Hindu gods, and then singers like Panduranga John Henderson, who toured with Ray Charles, would solo as the songs built in an improvisational way. “You never knew how long the song was going to be,” said Michelle Coltrane, Ms. Coltrane’s daughter. “There was hand percussion, Indian drums, high voices and low voices and children’s voices, and once you got to the right number it all blended in and sounded very beautiful.”

Alice Coltrane’s great-nephew, Steven Ellison, who records as Flying Lotus, also visited Auntie, as he called her, on Sundays at the ashram. “That was my church experience,” he said in a 2010 interview for The New York Times. “She was really inspiring. I’ve never met anyone like her, ever.”

As Ms. Coltrane wrote in an insert for “Divine Songs,” a cassette released in 1990, “chanting is a devotional engagement, one that allows the chanter to soar to higher realms of spiritual consciousness.” 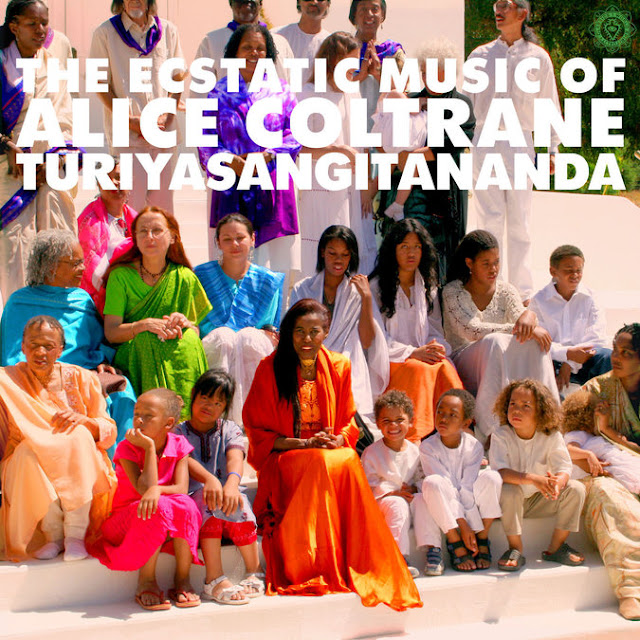 Ms. Coltrane had long been an ecumenical spiritual seeker. She began playing the organ in Mount Olive Baptist Church in Detroit at 9, and made her first album appearance in 1963 on “Terry Gibbs Plays Jewish Melodies in Jazztime.” She soon met and began playing with John Coltrane, who died in 1967, leaving her a widow with four young children. In “Monument Eternal,” her 1977 memoir of her spiritual awakening, Ms. Coltrane describes the period after her husband’s death as one of “tapas,” or austerity, “the taking upon one’s self of a voluntary suffering for some spiritual good.” She experienced sleeplessness, extreme weight loss, visions and, she wrote, “meetings and confrontations with both disembodied souls and phantasmagoric entities.”

After two years of tapas, she found peace in the counsel of Swami Satchidananda, the Indian guru who had given the opening remarks at Woodstock. Ms. Coltrane made several pilgrimages to India, where she received a revelation to leave her secular life behind. She founded the Vedantic Center in 1976 in San Francisco, which eventually relocated to the Agoura ashram in 1983. She changed her name to Turiyasangitananda (“the transcendent bliss of God’s highest song”), having her children practice spelling it out with fridge magnets.

Ms. Coltrane released seven albums on the Impulse! label in the late 1960s and early ’70s and five more for Warner Bros., pushing beyond jazz into what might be termed “cosmic music,” the title of the 1968 album credited to her and Coltrane. After 1978, she devoted herself to the study of Vedic scriptures, and to the bhajans on the Luaka Bop collection. “This is music that she was playing every Sunday, so this was her life now,” Michelle Coltrane said. “She wasn’t really going back.” (In 2004, however, Ms. Coltrane was coaxed by her son Ravi to record one final jazz album, “Translinear Light,” and perform a few shows.)

As part of the New York edition of the Red Bull Music Academy Festival, Luaka Bop is presenting two concerts on May 21 in Queens that will try to recreate the ashram’s vibe. Mr. Botofasina is the musical director of the first portion of the event, which will take place at sunset and feature a seven-member choir from the ashram, now called Sai Anantam. (Ravi Coltrane, himself an acclaimed saxophonist, will lead a tribute to her jazz achievements.) “This is the first time that we’ll be attempting to stay very consistently with what she recorded,” Mr. Botosafina said, “and pay homage and re-enact that as accurately as possible.”

But just as the music is finally reaching a larger audience, the fate of the ashram, which is down to about a dozen members, is in doubt: The Coltrane estate put the land up for sale in 2015, though there have been no takers at the $5 million asking price.

“The ashram is ending, but the music is now becoming what the spiritual practice is, and I think that’s an amazingly timed thing,” Mr. Evelev said. “This music then also takes on this other life and hopefully gets to tour around the world, and the people who sang it then will continue to sing it.”