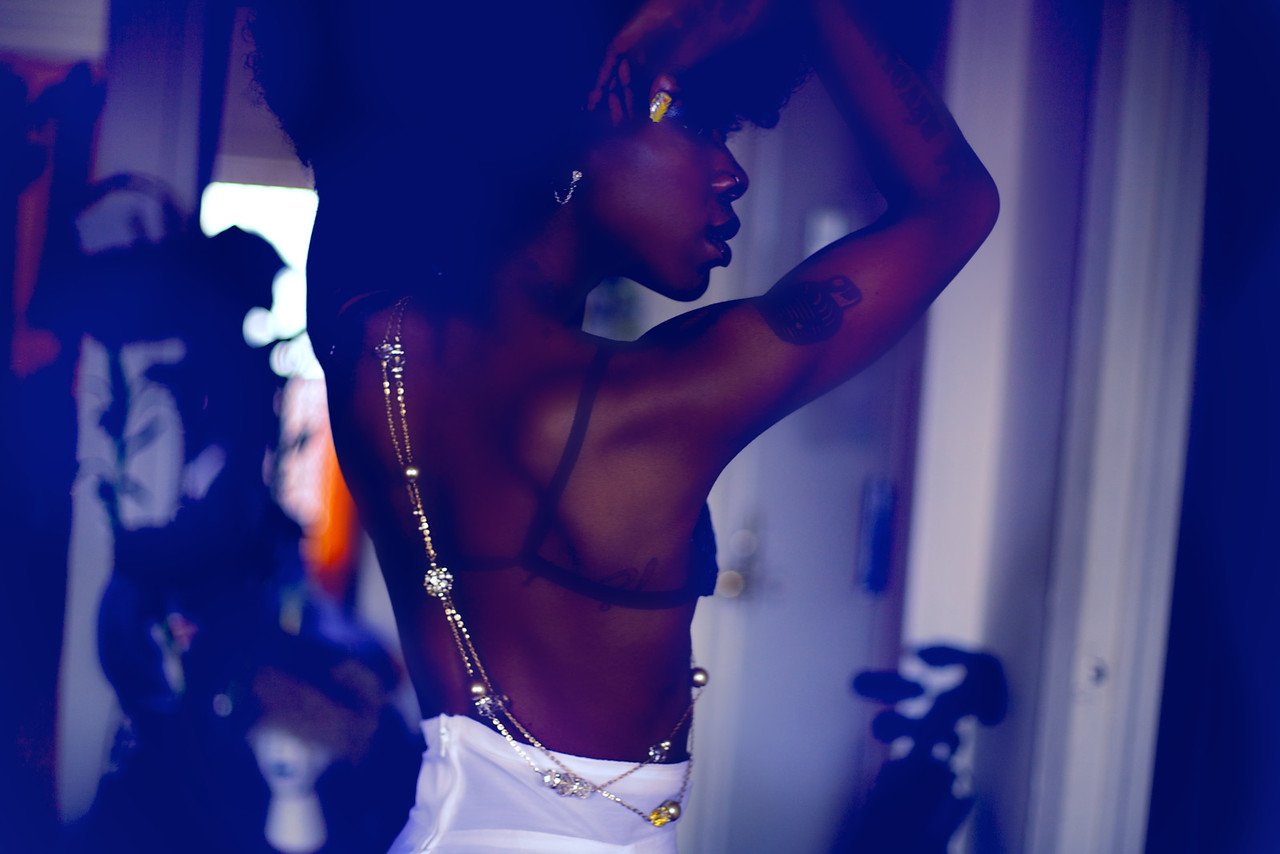 "I think music can be most delicate when broken down, and left naked. I'm getting naked." - Cole Williams

"Life is a stage," says Cole Williams with the authority of a seasoned artist and entrepreneur. More than a singer/songwriter/producer, Cole has expanded her repertoire to reflect an increasingly eclectic assortment of creative endeavors. Blessed with a powerful voice and superlative musical instincts, Cole is forging a fearlessly original sound that is as eclectic as her outré fashion sense.

A child of East Flatbush, Brooklyn, Cole attended Brooklyn Technical High School (known for its breadth of alumni, including Nobel Laureates, as well as Mos Def and Talib Kweli) before studying classical voice at New Jersey City University. This rich background coupled with Cole’s foundation in classical piano (trained from ages 4-17), church upbringing and childhood love affair with her parents’ record collection provided her with the foundation to eventually broaden her artistic output, and become a diverse force in the entertainment industry.

Cole’s stage presence has been likened to Grace Jones with a girl next door flare bends and melds sound breaking traditional genre distinctions, making her a unique musical entity, comfortable singing rock ballads as she is reggae or a blues tracks. She is an innovative multi-instrumentalist (voice, piano, percussion), an ASCAP affiliated writer and publisher, Live Dance Live Inc. board member and endorsed by Regal Tip. In 2012, she independently released her second album, a double EP – Out of the Basement, Out of the Box—which showcased her pop and R&B talents - is currently carried at Louisiana Music Factory, in New Orleans. Her solo band ThatsMyCole is recording a new album, set to be released in early 2016 through her label, That'sMy Worldwide LLC (formed in 2011). And if that’s not enough, Cole and Pimps of Joytime frontman Brian J have recorded a project under the name Floorescent – one part Jamaican, one part hipster, they bring Dancehall to Williamsburg.

Cole's vocal stylings can be heard on the current single "Curry Chicken” by Joey Bada$$ and “Peaches N Herb” premiered by Wax Poetics. She also lent her voice for the catchy hook on 2013’s "Ray Charles" by Chiddy Bang. In addition, she has contributed background vocals for Aloe Blacc, Little Jackie, Lisa Lisa and The Cult Jam, Diane Birch as well as Somi, Kaissa, Dana Fuchs and Neurotic Drum Band. Cole’s vocals have been featured on television shows as prominent as Conan, Late Night with Jimmy Fallon, Good Morning America, The Wendy Williams Show, The Jools Holland Show, The Craig Ferguson Show, Live With Kelly & Michael, 90210, and The Today Show.

Cole is a Brand Ambassador for New Orleans based couture line, OdAOMO and has participated in photo shoots for designers such as Pret A Porter Designs, Elyvette, Makabu and KALYSSCOLORS, and for publications and photographers like Essence, Italian Vogue, Bill Wadman, Victoire Foxx, Rae Maxwell, New Orleans Living, and Suavv Magazine. Brooklyn’s own Cole Williams has forged a multi-faceted media identity that defies the standard definitions of being an artist. Her expansive resume hints at a deep talent, grounded in truth and thirsting for continued opportunities of expression and expansion. Coming Soon - New Album, New Collaborations, New Jewelry. The Punk Empress of African Rock has arrived.