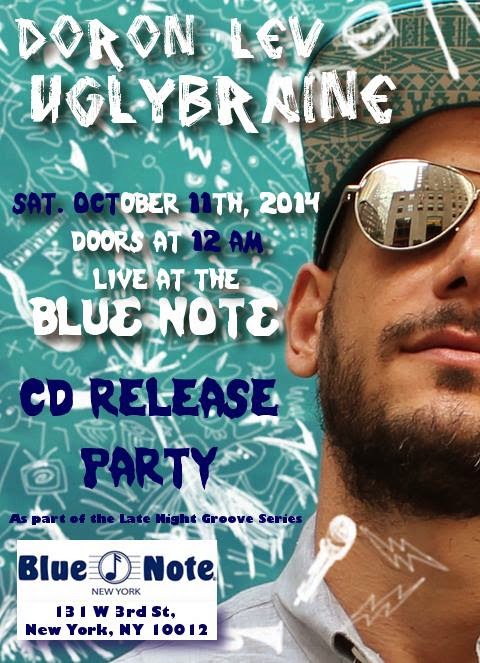 Precision studio drummer/percussionist and live entertainer, Doron Lev has performed around the world with Break: An Urban Funk Spectacular, toured with hip-hop legends Newcleus as an honorary member of the Jam On Production crew and is currently the musical director of INVINCIBLE: A Glorious Tribute to Michael Jackson. Doron's original music and vocals have been featured in the Sundance and HBO Latino award-winning film "Don't Let Me Drown" from director Angeles Cruz.

By day, Doron can be seen on The Ride, performing musical and vocal improv on street corners around New York City; by night, he often performs with the Latin-soul-funk collective Ritmosis. Doron is a founding member of the NYC based jazz group Evil Giraffes On Mars where he currently occupies the drummer's chair. Doron has performed in many bands in New York and around the world ranging in styles from jazz and blues, to rock and hip-hop, gospel and reggae -- to name a few. Doron is always experimenting and exploring his identity as a performer and drummer, which is how Uglybraine came into being. A collection of NYC jazz hustlers, Uglybraine bands together to create a potent cocktail that has deep, respectful roots in Latin and North American Jazz, Samba, Mambo and Timba but fanciful details of modern soul and hip-hop.