Tondrae Kemp - Say If You Want Me to Leave 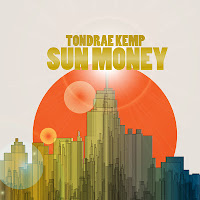 Listen, ladies: no matter how bad you want us to be, guys are not mind readers. If you want something, just f**king tell us! I know Tondrae Kemp feels the same way. On his latest feature, the Baton Rouge native can sense something’s amiss with his girl, so he makes a simple proposition: Say if You Want Me to Leave. As he explains in his silky-smooth verses, it ain’t no sweat if she wants to end it, but she just won’t pull the trigger. With his breezy vocals, delivered over the buttery, funky boardwork of Daniel Haedicke, you actually believe that he will be fine. I understand why she is having reservations, though; she’ll look like a fool when he’s topping the charts. If Say if You Want Me to Leave has you hungry for more, grab a spoon and dig into Kemp’s Sun Money album, out now. - Written by Lucas G.