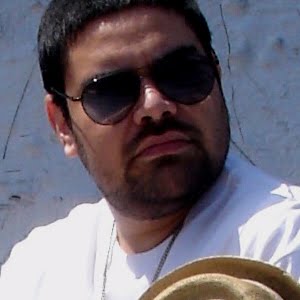 Bred in the city centers of Miami, Florida, Billion found a voice in hip-hop at the young age of 13. His eclectic sound and love for music had him performing with groups like South P.O.E. in Miami along side his cousin and collaborator Lucky Luck. Upon permanently moving to NYC to foster his talent for both music and the visual arts, Billion joined Piranhas Band and began lacing the group’s rock and funk sound with fiery lyrics. With the group, Billion performed at numerous venues throughout NYC such as S.O.B.’s, The Knitting Factory, CBGB’s and Telemundo 47’s morning news show ‘Primera Edicion.’

After going solo and sticking by Kwality Records manager Dan Haedicke, formerly the guitarist of Piranhas Band, Billion has released 3 projects with the label and is now gearing up to release SPF Dirty this fall. Always one to be fully hands on; SPF Dirty seats Billion as not only a rapper but also a producer, photographer and video director. Billion is now using his full training from the Parsons School of Design to not only feature as the artist on the album but also be involved with the promotion, packaging and visual media for the project.

What has been your experience in the Miami market?

Miami shows a lot of love. They're a territorial breed down there. If you rep anything about them they'll get behind you right away. They're very loyal and have no problems spreading stuff around through word of mouth. I guess I'd have to say since the vibe is more laid back and less competitive as a whole down there, people are quicker to jump on your team if they see you got something going on. The total opposite being NYC where you have to scrape tooth and nail to get your spots so people are less likely to help you because they think it's detracting from their hustle.

But Miami, All my family is down there, in every sense of the word, show the support the best they know how. They're a little behind the times though. They're still asking me for physical CDs while all the music stores have closed down. I keep telling them they need to get up on their itunes game. (Ha-ha). That's probably the best look for an independent. It keeps the quality high and the over head low.

What inspired the move to NYC?

Aside from wanting to experience the Mecca of hip-hop, I'm also a visual artist so I moved out here when I got a partial ride at Parson School of Design. I studied photography there for 4 years and graduated with my BFA. I spent some time after graduating in the fashion photography industry shooting models for pay. Loved it for all the obvious reasons. (Ha-ha). Since being here in the center of the universe I decided to stay on indefinitely.

There's something about these streets that empower you. The old adage is very true, if you can make it here, you can make it anywhere. I have an energy in me that knows if I were to ever move elsewhere I'd be poised to dominate in whatever field I choose. Someone once told me that if you can survive NYC for 6 months, she'll give you 2 more years and if you survive that you'll make it to 5 with no problem. I've been here 10+ years now and they say that's when you can officially call yourself a New Yorker despite where you transplanted from.

Describe the evolution of your sound, in reference to your three projects.

I think I've always tried to keep a very south heavy sound while incorporating some more up north kind of word play. In terms with how I've moved between project to project, I've gone with my gut. The I-95 EP was a little more heavy and aggressive while the new album, SPF Dirty, is a little more light playful and flirty. I was making SPF Dirty for the girls not the guys. I think I've received more positive response from the girls than the guys because of it. Almost every verse on there was written in a way that was talking to girl directly so it might not mesh well with the backpackers.

What I've learned is the power of giving stuff out for free. We had another 7 songs that weren't on the album that we gave away for free, one a week, leading up to the release of the album. People felt that. It enticed them to buy the rest of it because they basically got half of it for free. And it felt good you know? Right now I'm trying to wrangle it all back and really get into what I'd like to say. I think the evolution is always trying to get better at my craft in all aspects.

What is your take on the new trends emerging in hip-hop today?

I like what's going on with regards to the experimentation outside of what traditional hip-hop is. Way back in the day in Miami I used to go to drum and base parties and raves and they would always have an MC on stage. I like that that's coming into the forefront now. I like the groove of electro beats and I think it's time to gel the genres just like that whole rock/rap thing that went down like 10 years ago. That was hot because it cross pollinated the audiences. At the end of the day, the youth now is a lot more open to different music. They're not so polarized like it was when I was in high school. Back then you either listened to rock or rap but never both. I always did. I always thought that was the common sense thing to do... listen to what you like regardless of what genre it's in.

I'm excited for what's to come I just hope we can bring it all back to actual songs with meaning and message rather than the bragger swagger stuff going on. But I can't blame the rappers, I do it myself and nothing feels fresher than spitting an ridiculously braggy verse. It just feels good but it's not good for the art form, I think.

What is your favorite part in the process of making music?

I really enjoy making beats. That's probably my favorite part. The lyrics come easy on a well made beat but there's always that level of trying to balance what you're actually saying with the message you want to get across. Rappers are a bunch of liars and exaggerators. There's no way to lie when you're making a beat. It's either hot or it isn't. I like the moment you realize it's starting to come together. There's a little bit of magic in that. It's sort of like cooking. There's a very narrow window between over and under seasoned but when you get it right it tastes amazing. Man now I'm hungry. (Ha-ha). There's just something ancient and tribal about beat making. It always moves me so yeah, that would have to be my favorite part of the process. Recording is fun as hell though but sometimes I make a beat at home just to relax. You can't do that with the other parts of making music.

What is the most important part of the business behind the actual music? (having a good manager, knowing how to network…..etc)

I would have to say that the music should be the least of anyone's worries. You're at that stage where you're wanting to make music professionally which means that you have talent (I hope) so it should come to you as second nature. What doesn't is all the behind the scenes stuff. I've always been a more creative thinker rather than an analytical thinker and I'm good at rallying people but I think every creative needs a counter balance. My counter balance is Dan Haedicke at Kwality Records. The man is amazing. He'll produce circles around most of the beat makers out there yet he's still very business savvy. I don't know how he does it. So I can only speak from my personal experience, coming at it like a creative, if you can recognize that in yourself then you need to get someone on your team to help you out on the business side. Dan has taught me a lot and I'm starting to get my footing with the business sides of things but it's always good to have someone on your team like whether they're your manager or producer or whatever.

Just big word of advice, take care of those people when you do blow up. Don't forget all the work they put in. Stay humble around them and don't change on them. Change, if you want, for the rest of the globe but don't change on them. They're the ones that will keep you human and grounded. SAY WORD! I just preached, son!

Who's your biggest influence and how have they influence you style?

My Miami homies never get enough love in the press so I always answer this question with the old school rappers down in Miami like JT Money and Trick Daddy. We would ride to them hard during a time when everyone was wrapped up with Pac and Biggie. The Miami cats are where I get my swagger and who I channel when I lay down my adlib tracks. My slang, my drawl, the way I deliver my rhymes comes from their influence. And some of the unknown rappers in Miami that never surfaced like Lucky Luck and Endo.

Right now though, I'm really feeling Ludacris. He's one of the few rappers out right now that can somehow still deliver message in songs while still keeping you bouncing. He's an animal with the lyrics and I like that he's always made a point to really say something on tracks while still being entertaining.

What projects do you want our readers to know about, and where can they check you out at?

Well, I'd like them to head over to Itunes and pick up my new album SPF Dirty. It's ready to bump at your parties. All you need is some sun, a cooler of beers, a couple of girls and SPF Dirty. Head over to myspace.com/billionmusic to get the 7 bonus tracks we gave out free and ride to those too. Give our first video off the project some love, "Billion - Oye Jose", it's on youtube right now! Look out for the 2 other videos we have in the works off the album and stay in contact with Kwality Records because they have tons of stuff in the works. If you want my day to day routine, interesting links and funny shit I blurt out on drunken nights partying then hit me up on twitter.com/billibaracuda. @reply me that you came from this interview and I'll show love back for sure. And lastly I have a pet project of mine that will be getting off the ground in spring of this year. I am now the editor-in-chief of avideomagazine.com and we cover everything from science and tech to music and pop culture. We're looking for contributors so send me a message through the site's contact page. I actually got a couple interviews with some models I know for the style section this weekend so that's really really in the works. Hit me up on all those places and you'll be able to stay connected. The twitter will lead you to all of them so focus on that one if y'all ain't trying to add a bunch of stuff to your bookmarks. (Ha-ha)