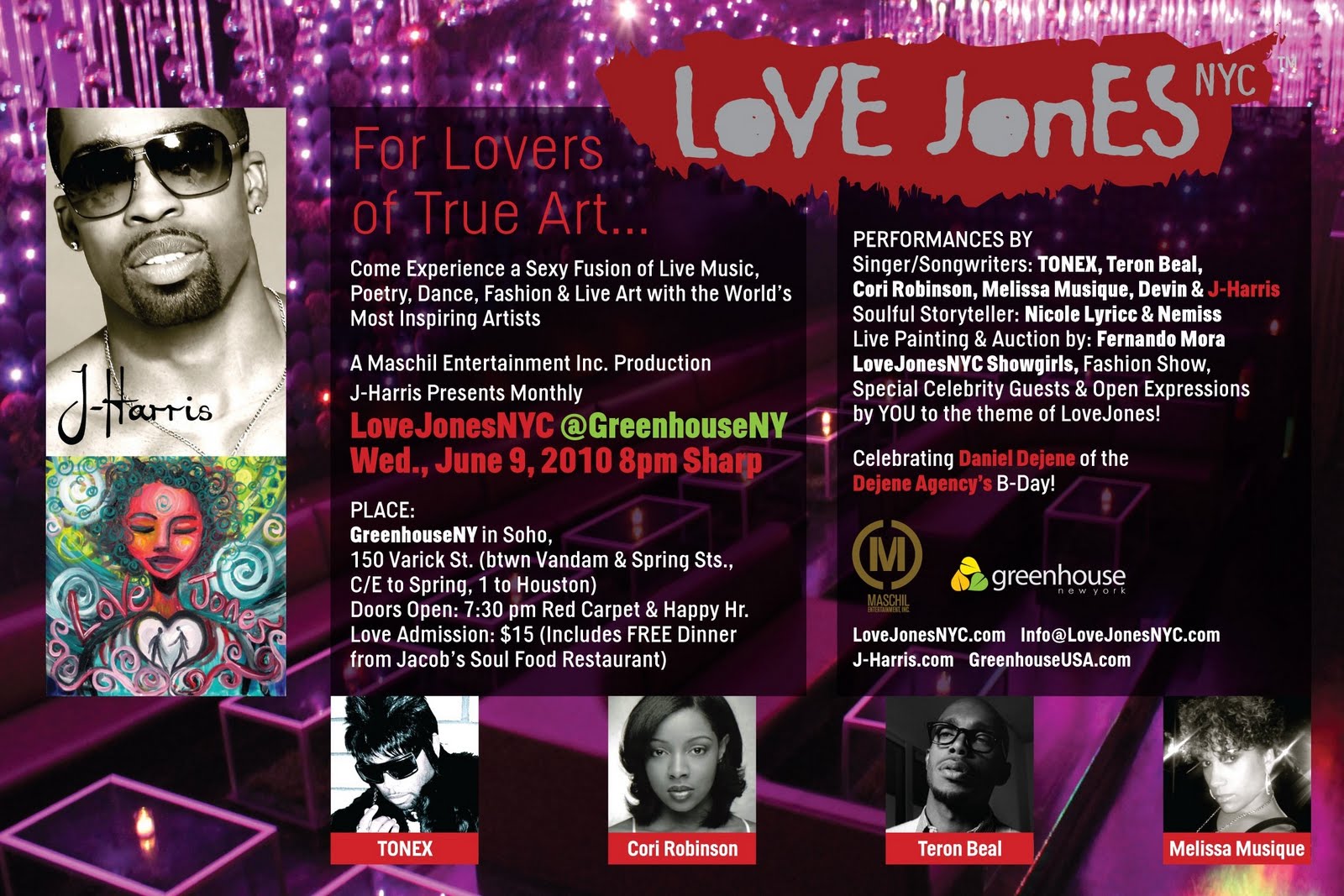 LoveJonesNYC is a true celebration of the arts which showcases a live fusion of music, poetry, dance, fashion, and live art. Since its inception a year ago, the show, produced by Maschil Entertainment, Inc., has consistently sold out. It has been presented Uptown at Sylvia’s Restaurant and GU Live, and Downtown at the Tribeca hot spot, Duane Park Restaurant and Lounge. In March, LoveJonesNYC celebrated its One Year Anniversary at Soho’s newest hot spot, GreenhouseNY, and it continues to feature its monthly showcases there. The next show is June 9, 2010 Featuring TONEX, Teron Beal, J-Harris and the LoveJonesNYC stars! LoveJonesNYC is the brainchild of Maschil Entertainment President Joey H. Fleming aka J-Harris.

This energetic entrepreneur is a graduate of New York University’s Graduate School of Music Business, and a leading industry consultant, marketing specialist and product manager for SONY/BMG. J-Harris is also an entertainment consultant to the Harlem Week Inc., and has worked with everyone from Lauryn Hill to Nelly to Destiny’s Child. As a multi-talented recording artist/songwriter/model, J-Harris has been featured in Essence and Billboard magazines, appeared in videos by Jill Scott, Letoya Luckett, and Beyonce, has performed live at The Apollo Theatre in Harlem, and was featured on MTV, The WB, and the Tyra Banks Show.

On Wednesday, June 9th, 2010, LoveJonesNYC will host a special Birthday LoveJonesNYC for event planner extraordinaire and publicist, Daniel Dejene of The Dejene Agency. The fashion, music, entertainment and sports industry’s elite will all converge on GreenhouseNY for yet another special night. Celebrity friends and clients of Daniel Dejene who are expected to attend the event include: LoveJonesNYC Host J-Harris, Darrelle Revis of the NY Jets, actor/model Tyson Beckford, Emil Wilbeken, Phillip Bloch, recording artist Estelle, songstress Katy Perry, Keisha Whitaker, actress Regina King, Keston Karter and designer Dana-Maxx, representing some of the most influential and well known individuals in the music, sports, and entertainment industry. 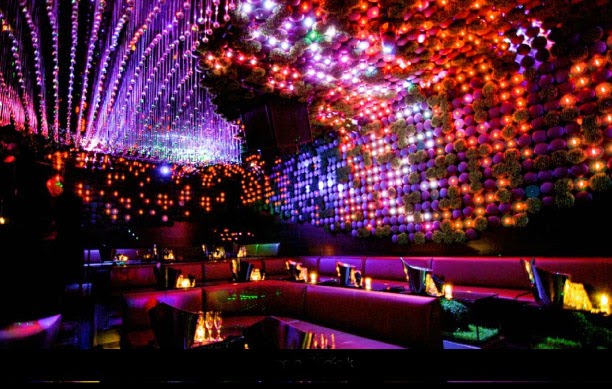 “I wanted to create something different, something uplifting and powerful…an event that truly celebrated the arts, as I presented the best in live music, spoken word, dance, fashion and live art,” Fleming explained. “We are very excited that we have had sold out nights since our first show.”

While the LoveJonesNYC Showgirls, the LoveJonesNYC Live Band, and the LoveJonesNYC Background Singers, set the mood for the evening, a featured international painter paints a live portrait and puts to canvas the expressions of the featured artists. By the end of each show, the painter has created a masterpiece original painting, which the audience has an opportunity to bid on during a live auction.

Lovers of music, spoken word, art, fashion and dance are treated to an evening of artistic expressions where J-Harris hosts and also performs.

One of the great things about LoveJonesNYC, is that world renowned artists who come to enjoy the show and be a part of the audience, end up treating the crowd to impromptu performances. Dr. Ben Chavis, The world Famous Doug E. Fresh, Mariah Carey’s Trey Lorenz, Grammy winner Gordon Chambers, American Idol finalist Anwar Robinson, and Tyler Perry’s Terrell Carter, have all gotten on stage and wowed the audiences with their phenomenal sounds.

The LoveJonesNYC showcase provides an opportunity for up and coming designers to show off their designs during a mini fashion show. SabitNY, N Store, & Human Intonation have all been featured. There is also an Open Expressions segment during which the audience shares artistic expressions through singing, spoken word, art and dance, to the classic LoveJonesNYC theme song “Love Jones”. It’s a crowd pleaser!