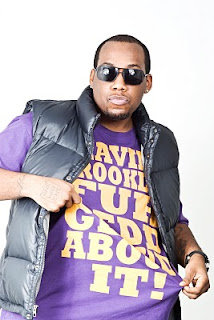 On the Come Up is our weekly feature where we post unsigned artists that have a substantial following in their current markets and want to expand their following worldwide. *Yes, we do have worldwide readership.*

HOT music PLUS a dapper image MULTIPLIED by tight production and hit song writing ability EQUALS a sure record deal, right? Wrong! Rising Artist/Song-Writer/Producer J-EyE has been doing his thing for several years, writing and recording songs that combine an ambitious and aggressive blend of Hip-Hop, R&B and Pop, and keep listeners anxious for more. But purported meetings with several labels concluded with them loving the music but insisting that J-EyE build his own buzz and pop the records off himself. “Invest in yourself before we invest in you,” is what they said.

Undeterred, J-EyE took that message to heart and vowed to reach the masses with or without major label assistance. He subsequently recorded and released his debut album, iBelieve, independently last year. He began doing shows throughout New York to promote the release, with performances that enticed, inspired and involved his audience, and kept dance floors packed all night. It was at one of these shows that he crossed paths with an investor who was down to ride or die for the music and back the artist 100%.

This investor’s connections led J-EyE to a chance meeting in Miami with super-producer Timbaland, who invited the young artist to the Hit Factory studios. There he spent several months writing and recording songs with Timbaland and Danja and rubbing elbows with industry elite such as Missy Elliot, Jennifer Lopez, Scott Storch, Baby and Mannie Fresh. The experience had a profoundly positive affect on J-EyE. He was both humbled and encouraged by the tireless work ethic and creativity of the producers and he returned home to Brooklyn more determined than ever to succeed in the music industry.

Since then J-EyE has been working non-stop, lending his versatile song-writing and production abilities to upcoming projects with artists from Bad Boy, Mosley Music Group and KOCH Records. He’s also continued to perform throughout New York, most recently at Hot 97’s Monday Night Talent Showcase, where he took home the grand prize with a stellar performance of his original “I Get Around”. This landed J-EyE 1k, a Swizz Beatz track for his next album and an opening slot on the upcoming “5 Boroughs Tour,” sponsored by Hot 97.

J-EyE truly is a man on a mission. That mission is to create timeless music. He will not be denied his place in the hearts of all who listen. “I am gonna out work and out smart these other dudes and let the music speak for itself,” says the artist. This is “Operation Reach Out” so get touched and become a believer.
Hip-Hop J-Eye Press Clips